Compassion. Justice. California’s elite nursing home neglect attorneys. This is all we do.
Contact Us
Home
Practice Areas
Class Actions 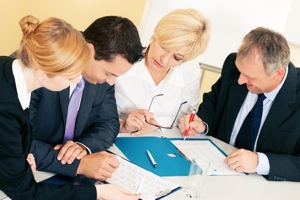 Often times, large groups of consumers are harmed and damaged by the unscrupulous, unfair, dangerous and sometimes outright deceitful business practices of large or even medium sized corporations. Most of the time, it is inefficient for one injured party to pursue a claim, because even the maximum compensation can easily be outweighed by the costs of litigation. Unfortunately, many businesses take advantage of this reality, betting that if they cheat large groups of people out of even small amounts, they can maximize their profits with little risk of litigation. Fortunately, the American Legal System has set up the class action procedure, through which an individual can represent hundreds, thousands, and sometimes even millions of similarly situated people, thereby holding companies engaged in such acts of unfair competition responsible for their actions. In order for this system to work, however, society needs not only individuals honorable enough to stand up and speak for others, but also attorneys who are willing to take significant risks and expand vital resources prosecuting such violations.

At The Law offices of Ben Yeroushalmi, we are experienced in obtaining relief on behalf of large classes of consumers and other injured parties. We pride ourselves in fighting corporate greed with all of the resources at our disposal to compensate those who have been injured en masse, even if only in relatively small amounts. Consumers should never have to be the pawns in a corporation’s unscrupulous methods of profit maximization. Although maximizing profits may be an admirable endeavor, ordinary consumers should not have to pay the price.

Contact Us
Practice Areas
Client Reviews
★★★★★
Excellent staff and the epitome of genuine, honest, and beyond helpful. I was lost and running out of time until I found Yeroushalmi law office. I am beyond grateful and had the pleasure of working with such amazing people who look out for your best interest. Anonymous review
★★★★★
Ben Yeroushalmi accepted my case with much understanding and patience. He went above and beyond with the defense lawyers to reach a fair settlement. He explained the complete case process (as I had never filed a case with anyone) Ben kept my sister and I notified of every email or correspondence he had with the opposing council. Gloria
★★★★★
Ben is an outstanding litigator, and human being. He took on our case, as if it was his own. He paid close attention to details. His guidance was invaluable. He was very clear and concise, in explaining all potential scenarios to us. He spoke eloquently, and straight to the point at all times. Ben is a true professional, with a passion for his craft. Anonymous review
★★★★★
I had a heartfelt and memorable experience with Ben , very genuine and I can tell he loves what he does. His determination shows beautifully and it is amazing. In my opinion it is very rare you find people who love what they're doing and it shows. Not wanting to get religious on an review but, God introduced me to Ben for a reason. Summer
★★★★★
Ben was wonderful. He took our case when no one else was interested or wanted way to much money. We would highly recommend Ben because he really listens and takes your situation into consideration. We settled our case and we were only unhappy with one thing and that was the confidentiality clause but that was not Ben's fault it came with the deal. June
★★★★★
All around GREAT experienced under the circumstances. Special thanks to Devon Wright she did exceptional work for our case. Anonymous review
★★★★★
Mr Yeroushalmi was our lawyer for a case involving my mother who was a victim of elderly abuse while in a nursing home. He and his team did an excellent job. My mother was able to live comfortably for the remaining years of her life due to the results of our case. I highly recommend Mr Ben Yeroushalmi. Danny
★★★★★
Mr. Yeroushalmi had provided his legal services for my father's medical injury case. Through mr. Yeroushlmi's excellent services, my family could make informed decisions during the entire course of legal proceedings. Thanks for the professional and responsive services. I strongly recommend Mr. Yeroushimi as your legal advisior. He is the one you can rely on. Thanks. Samuel
★★★★★
Mr. Yeroushalmi provide excellent representation After my husband passed away from complications due to Alzheimer's. It was a complex case and I was always informed of the progression of the case. The office staff offers the personal touch and patience with my constant phone calls and questions. I highly recommend Ben and his staff if you are looking for an aggressive attorney with high ethics and great attention to details. Terry
View More Reviews
Submit a Law Firm Client Review